Read more about our Founder’s and Private Bin clubs, and decide which membership program best suits your needs.

Taking Wine To The People

Selling wine direct from the winery is a cornerstone of the modern Tyrrell’s operation and the side of the business with which Bruce Tyrrell grew up. As a young boy, Bruce displayed an aptitude for numbers. His father, Murray, harnessed this talent at the cellar door, and Bruce’s first significant role with the company involved looking after takings and dealing with customers.

It was 1960, Bruce was nine years old and his father was ill. “Mum drove me up to the winery and on my own, I took 60 quid – all of it on fortified wine,” Bruce says. “Business was slow in the early ‘60s. On a Saturday, Dad would literally plough and look after the cellar door at the same time. But from 1966, the place started to go and then there was no stopping it.”

There was no magical event in 1966 that brought about the change of fortune, it was purely the result of Murray’s hard work and characteristic common sense. “In those days, there was no real wine trade and the only way to sell wine was to get people to the winery,” Bruce explains. “And that’s what my father did – he invited them.”

Bruce, together with his sister, Ann, and mother, Ruth, would spend days on end with the telephone directory, writing down addresses and sending out letters of invitation to visit Tyrrell’s in the Hunter Valley. From those original invitations, visitors began to flow through the doors and a mailing list was built from the happy customers eager to hear more about – and buy – Tyrrell’s wines.

This concept was taken a step further with the creation of Australia’s first direct mail order system for wine – the Private Bin Club – bringing Tyrrell’s wines to an entirely new market. The mail order system created a line of communication between wine producer and consumer that had never been tried before. Its success is reflected in its longevity and continuing popularity.

Private Bin was formed in 1961 by the late Murray Tyrrell to provide members with exclusive access to small-production wines from our premium Hunter Valley vineyards. Today, our Private Bin wines remain true to Murray’s vision, produced in small quantities only when the quality of the vintage allows.

To become a Private Bin member, click the button below to get started. 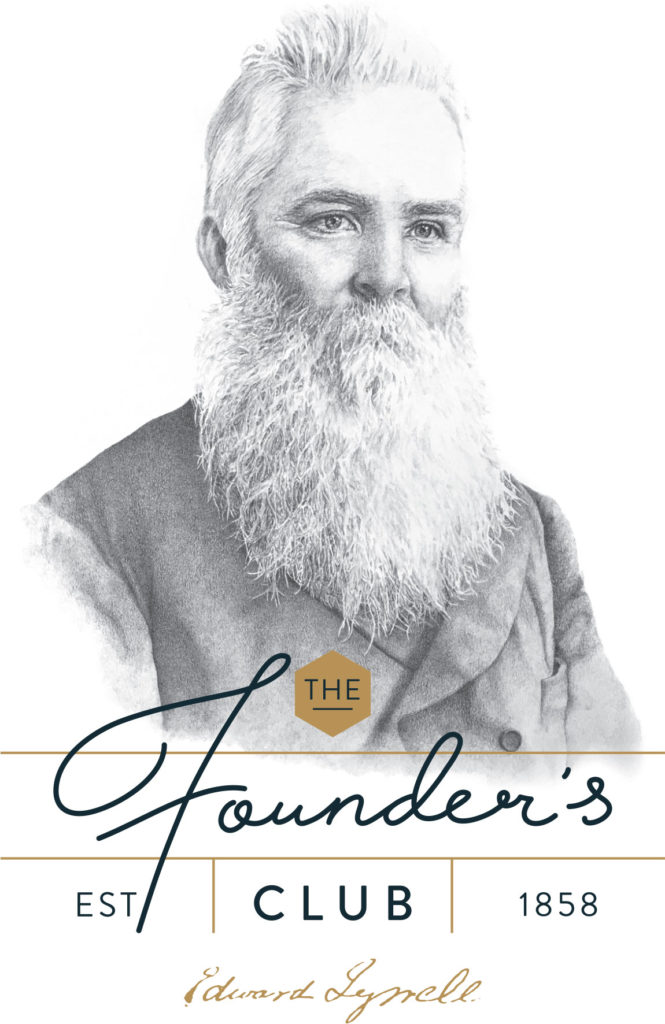 The Tyrrell’s story began in 1858, when Edward Tyrrell purchased a 320-acre parcel of limestone country nestled in the foothills of the Brokenback Range in the Hunter Valley. On arrival at the new property, Edward constructed a simple one-room hut from slabs of ironbark, hand cut with an axe. This small hut still stands today, adjacent to the winery.

Edward proceeded to plant 70 acres of grapevines on the original holding, which he named Ashmans after the family holdings in Suffolk, England. Fortuitously, the land he bought happened to represent one of the best vineyard sites in the Hunter, and by 1864, he was producing wine from his newly planted vines. In 1869, Edward married Susan Hungerford and they went on to raise a family of ten children, two of whom, Dan and Avery, went on to take over the business. A block of Edward’s vines, planted in 1879, is consistently bearing fruit today and is one of the oldest vineyards still in production in the Hunter Valley.

From its founder’s early vision until today, the long tradition of quality winemaking continues, strengthening Tyrrell’s position as one of Australia’s pre-eminent family-owned wine producers.

To join The Founder’s Club, click the button below to get started.