Tyrrell’s is as much a part of the fabric of the Hunter Valley as the Semillon and Shiraz vines we’ve been nurturing since our founder, English-immigrant Edward Tyrrell, first planted them during the mid-19th century.

Having lived and breathed wine growing and winemaking in the Hunter Valley for more than 160 years, we’ve amassed an unrivalled knowledge of what makes the Hunter one of Australia’s, and indeed the world’s, greatest winegrowing regions.

Over those 160-plus years, Tyrrell’s has been a constant in both the Hunter Valley and Australian wine industries. We helped to pioneer what are now two of Australia’s favourite wine varieties – Chardonnay and Pinot Noir – and have been instrumental in establishing Hunter Valley Semillon as one of the world’s iconic wine styles. Our Vat 1 Semillon is Australia’s most awarded white wine, having won almost 5,500 medals and more than 330 trophies.

Our long history in the Hunter Valley has enabled us to identify the region’s best vineyards, 11 of them more than a century old; to ascertain the best blocks within those vineyards; and to craft wines from those blocks that clearly reflect their origins. The Tyrrell family owns eight of the 11 oldest vineyards in NSW and uses fruit from these ancient vines to craft the wines that make up our Tyrrell’s Sacred Sites. Among those wines is our Old Patch Shiraz, which has been awarded a perfect 100-point score for four releases in a row – 2014, 2017, 2018 and 2019 – by influential US wine journalist James Suckling. (Note: Old Patch was not made in 2015 or 2016.)

While the Tyrrells are all aware of, and have a deep respect for, the foundations put in place by their forefathers, they are also always looking to the future. “It’s a humbling experience to be able to go out every day and work with vineyards that were planted by my grandfather, my great grandfather and my great, great grandfather,” says fifth-generation winemaker Chris Tyrrell. “And while the Hunter Valley was Australia’s first grape-growing region, it’s still a progressive wine region. No-one rests on their laurels here, and at Tyrrell’s we are very much a part of that, constantly looking to innovate and stay ahead of the curve.” As Chris and his father, Bruce, say, it’s all about keeping half an eye on the past and one and half eyes on the future.

Tyrrell’s was among the founding members of Australia’s First Families of Wine, an organisation that helps to build awareness of premium Australian wines and their heritage. With a fifth generation now involved in the business, Tyrrell’s will continue to remain family run, with each generation focused on passing the business to the next in better condition than they received it, all the while being guided by Edward Tyrrell’s motto: “Nothing is great unless it is good.” 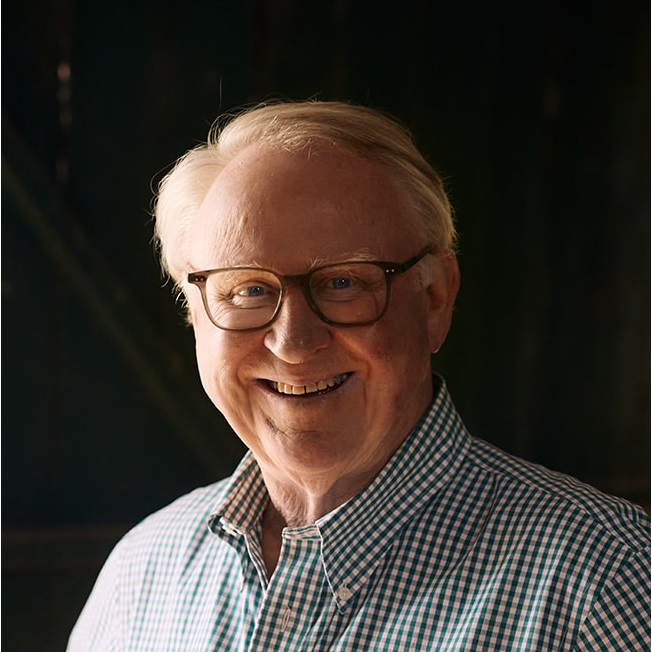 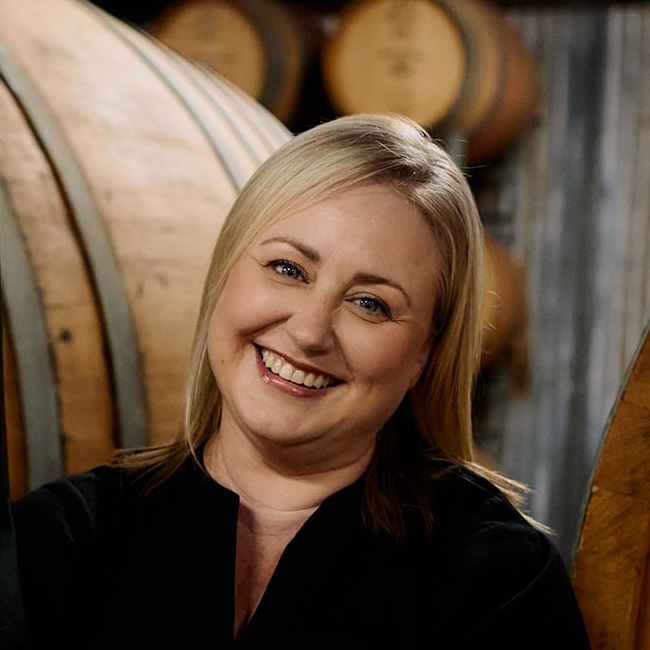 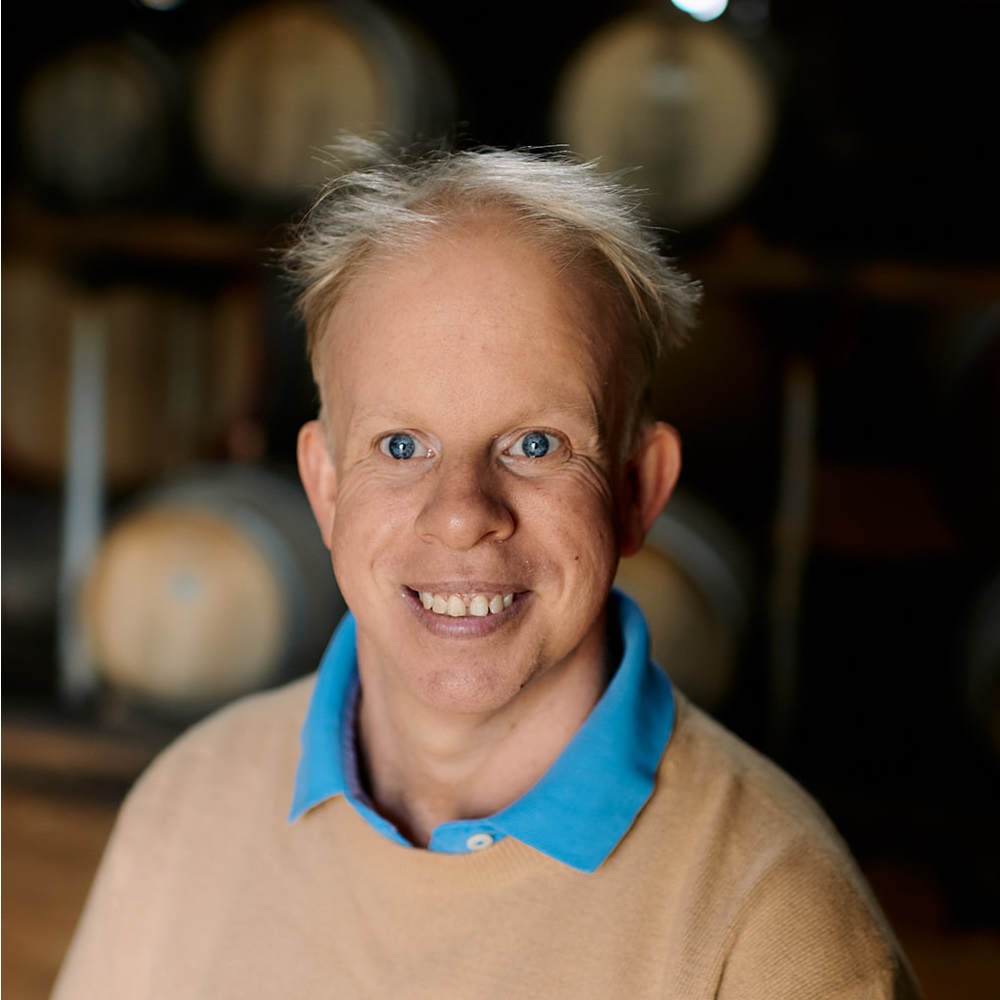 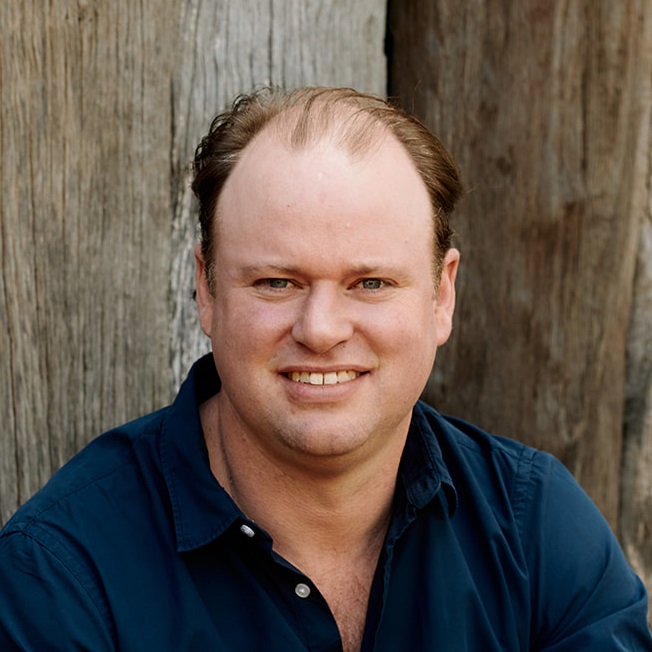 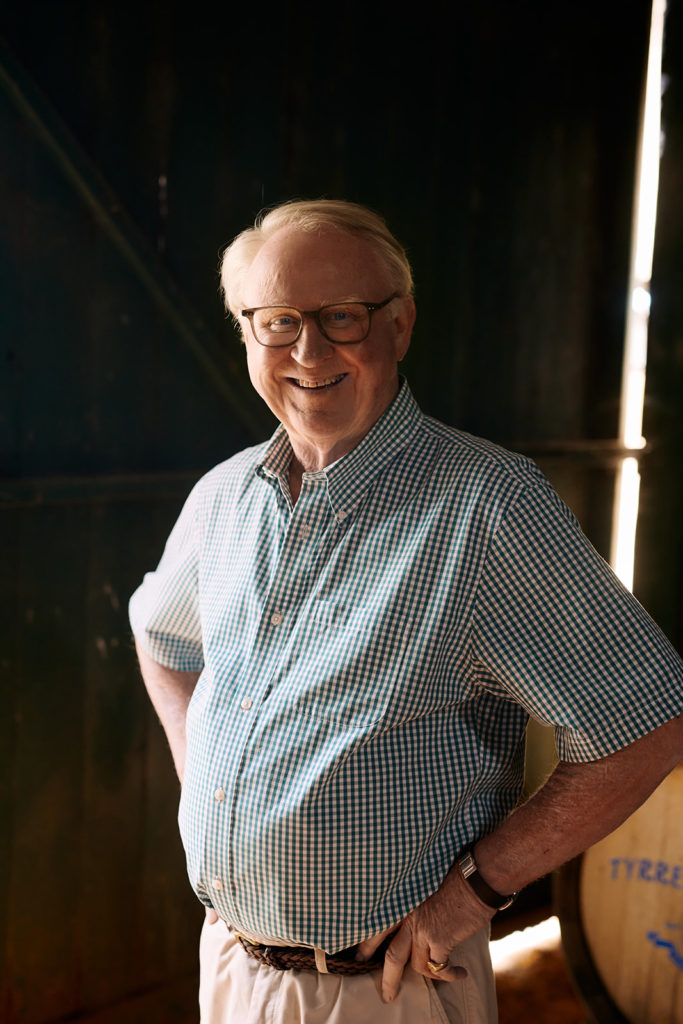 The Tyrrell family has been producing outstanding wines in the Hunter Valley since 1858; Tyrrell’s is the equal second-oldest continuously owned and operated family winery in Australia. Having been handed down through four generations, the company is now managed by Bruce Tyrrell.

Bruce graduated from the University of New England in 1973 with a Bachelor of Agricultural Economics. He has had a broad range of involvement in the wine industry, including serving as director of the Hunter Valley Wine and Tourism Association and the Hunter Valley Research Foundation.

In 2006, Bruce was recognised with an Order of Australia medal in recognition of his contribution to the Australian wine industry – in particular his efforts to improve grape quality, research, tourism and export opportunities. In 2009, he was named a Hunter Valley Living Legend at the Hunter Valley Wine Industry Awards. The same year, Tyrrell’s was named Australian Red Winery of the Year by Gary Walsh and Campbell Mattinson. Tyrrell’s was also named Australian Winery of the Year by James Halliday in his 2010 Australian Wine Companion.

In 2012, Tyrrell’s Vat 1 Semillon and Vat 9 Shiraz were the inaugural winners of the Wines of Provenance award at the Hunter Valley Wine Show. And in 2016, Bruce received the Graham Gregory Award in recognition of his services to the NSW wine industry. The following year, Bruce was recognised by his peers for his significant contribution to the Hunter Valley wine industry, presenting him with the Hunter Valley Award for Excellence.

Under Bruce’s management, Tyrrell’s remains family owned. The company continually works to maintain its position as one of Australia’s pre-eminent family-owned wine companies, producing wines that are not only of the highest quality, but perhaps more importantly, are wines that people love to drink.

Bruce and his wife Pauline have three children, Jane, John and Christopher, who all currently work in the business. 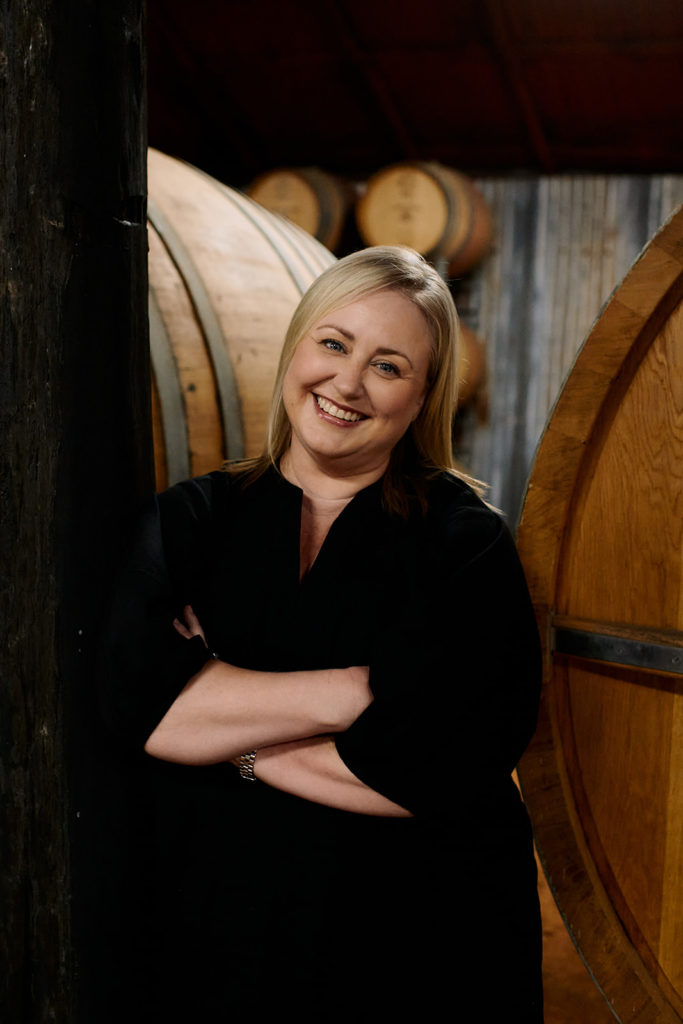 From back in her childhood days earning pocket money working in the cellar door and office, fifth-generation family member Jane Tyrrell always knew she wanted to join the family business.

Jane officially joined Tyrrell’s in 2001, working as a personal assistant to the sales manager. She then joined the NSW sales team as a rep, moving on to become key accounts manager and then being appointed NSW state sales manager in 2008.

After getting married in 2012 and moving to regional NSW, Jane returned to looking after key on-premise accounts. Today, Jane chairs the Tyrrell’s executive committee and is actively involved in many other aspects of the company’s operations, from winemaking and production to marketing and administration.

Working from the ground up has given Jane an appreciation of all aspects of the business. “Taking our wine to the people who buy it is the most rewarding experience,” she says. “What I learn from the trade and consumers, I pass on directly to my father, Bruce, my brother, Chris, and the winemaking team. Thanks to the closeness of our operation and its family nature, we can consistently make wines that are relevant to the drinking public.”

Jane and her husband Andrew have two sons, Gus and Oliver, and are based on a farm in Koorawatha in central NSW, with Jane spending time between her home, in the Sydney trade, and the Hunter Valley. 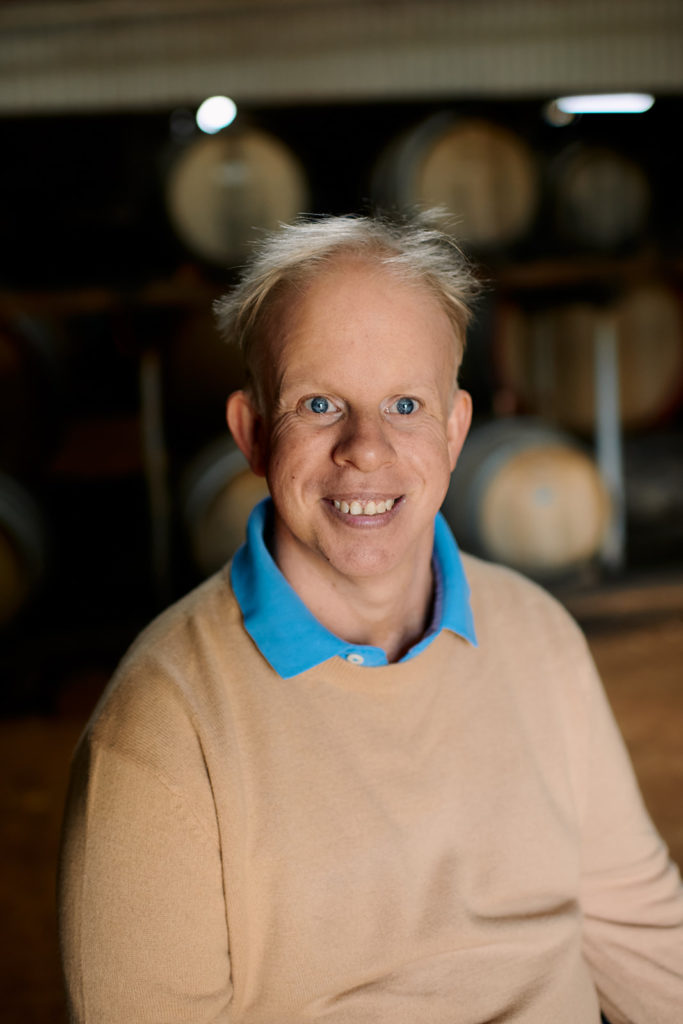 Johnny works in the vineyard in a role that his father, Bruce, refers to as Minister for Morale. “John keeps things in line for the winemaking team and ensures crew members always have a smile on their faces,” Bruce says. 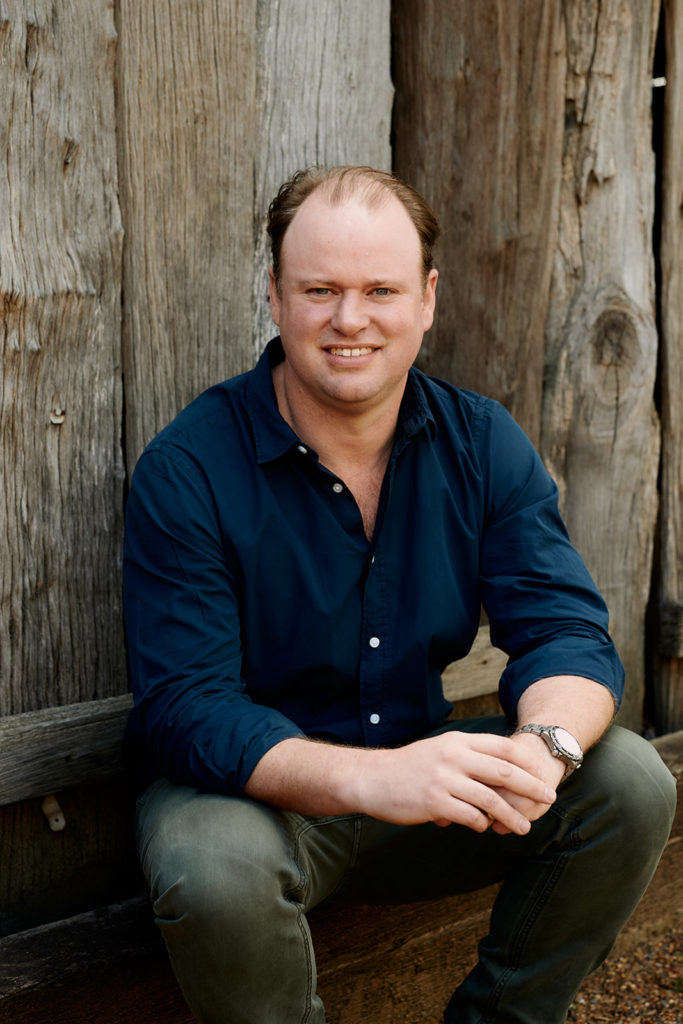 Together with his sister, Jane, and his brother, John, Chris Tyrrell represents the fifth generation of the Tyrrell family winemaking dynasty.

In 2001, at the age of 18, Chris began his winery apprenticeship during the first vintage after the passing of his grandfather and Australian winemaking legend Murray Tyrrell. Since then, Chris has worked in a variety of different positions within the family wine company. Between vintages, he worked in the sales and marketing department in Sydney until the end of 2005, when he returned to the Hunter to work full-time in the winery.

Between 2006 and 2014, Chris was the assistant winemaker at Tyrrell’s, working closely with two of the great modern-day Hunter Valley winemakers, Chief Winemaker Andrew Spinaze and Red Winemaker Mark Richardson. In May 2012, he was named “Rising Star” at the Hunter Valley Wine Industry Association Legends Awards, an award that recognises young talent in the Hunter Valley. The following November, he was a scholar at the Len Evans Tutorial, said to be the “most exclusive wine school in the world”. In late 2014, Chris was promoted to the role of chief operating officer, overseeing all facets of vineyard management and wine production at the Hunter Valley winery.

In recent years, Chris and the rest of the Tyrrell’s winemaking team have focused heavily on improving, and in some cases reinventing, their classic regional styles and single-vineyard wines. Specifically, they’ve been looking at ways to evolve Tyrrell’s flagship Semillon and Shiraz wines from the family estate, which is home to some of the world’s oldest vineyards.

Chris and his wife Tegan have two boys, Henry and Edward, the sixth generation of the family to be born and raised on the family estate. Chris’s undertaking is to ensure the further strengthening of Tyrrell’s position as one of the world’s greatest family-owned wine companies for the future generations of his family.

By clicking enter, I certify that I am over the age of 18.